Ori and the Will of the Wisps - Part 2 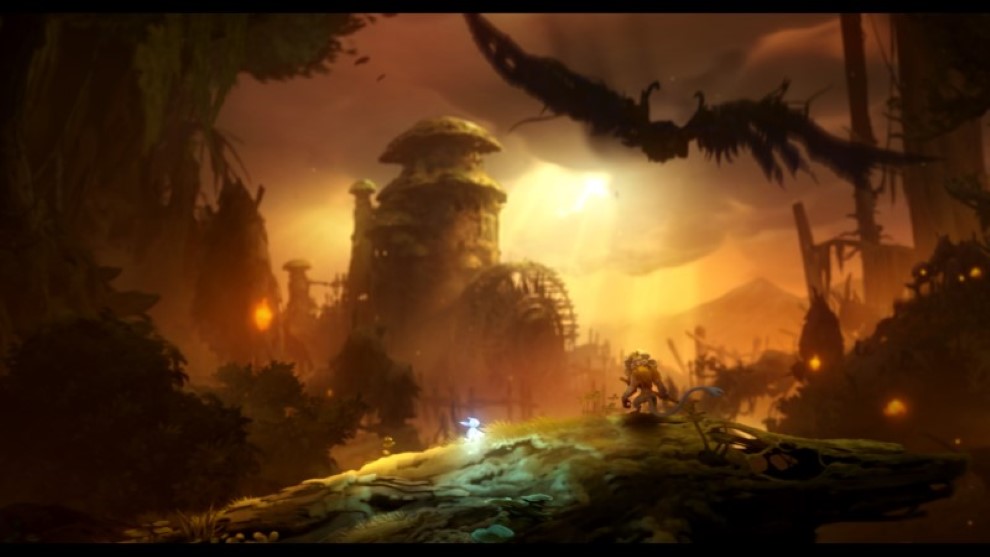 While one of our goals was to create and mix Ori and the Will of the Wisps in a spatial sound presentation, it wasn’t an arbitrary decision to tick off a feature for back-of-the-box marketing.  We knew that the extra dimensionality and immersion was exactly the sort of treatment that would match the visual fidelity of this beautiful game.  So instead of flying objects around just for the sake of doing so, we worked on finding the appropriate circumstances and level of intensity for spatial audio to enhance and support what was happening in the game visually and thematically.

Environment sounds are a natural subject for surround or spatial content.  Instead of creating wide multichannel beds, we opted for dynamically panned mono and stereo sources, coupled with runtime reverb and delay.  This approach not only saved on streaming bandwidth but provided a way to have almost infinite variation.  Each element was given its own set of automation paths, dialing in the amount of spread, movement, and randomness that was appropriate for that particular piece of content.

Content was placed logically according to context, so we placed bird-like vocalizations and wind-in-trees types of sounds up high, general wind and ambient motion in the middle, ground-based sounds like grass and foliage rustle at the bottom.  Like in a traditional surround mix, we biased more towards the front of the room in order to maintain the focus on the screen and the game you’re playing, not distracting the player with too much extraneous action to the sides or behind them.

Next most obvious elements would be sound emitters coming from a specific location in the game world.  The props and characters created their own panning based on level design and AI movement.  This is where the verticality of the world was enhanced by being able to hear the sounds coming from above you, sometimes as a clue of where to explore next. This also worked out especially well for our boss battles because most of them are quite large.  For each boss it was essential that sounds were correctly associated with their appropriate emitter; head, tentacle, wing, foot, etc. for spatial accuracy. Some of the bosses can tower above Ori

Another obvious choice for appropriate usage of spatial audio were the in-game cutscenes and vignettes.  These were the few places where we could really push some more intense panning for dramatic effect.  For example, the main antagonist, Shriek, was a giant owl that frequently flew overhead for her introduction into the scene. Shriek, after swooping overhead of the listener from rear to front

We implemented cutscenes and vignettes with a combination of in-engine sources, mostly ambience and characters, and 12 channel stems in a 7.1.4 configuration.  Like any game, this combination of in-engine and stems lends itself to a seamless transition in and out of cinematics.  The decision of what would be done offline was based on the complexity of the content, if it was going to be a custom one-off, or sometimes just the production schedule.  The stems were created in Nuendo and exported as multi-mono files, which were in turn interleaved using the Wwise Multi-Channel Creator.

In my final post of this series I’ll go over some of the considerations for mixing and testing, along with some final thoughts.

Next up Ori and the Will of the Wisps